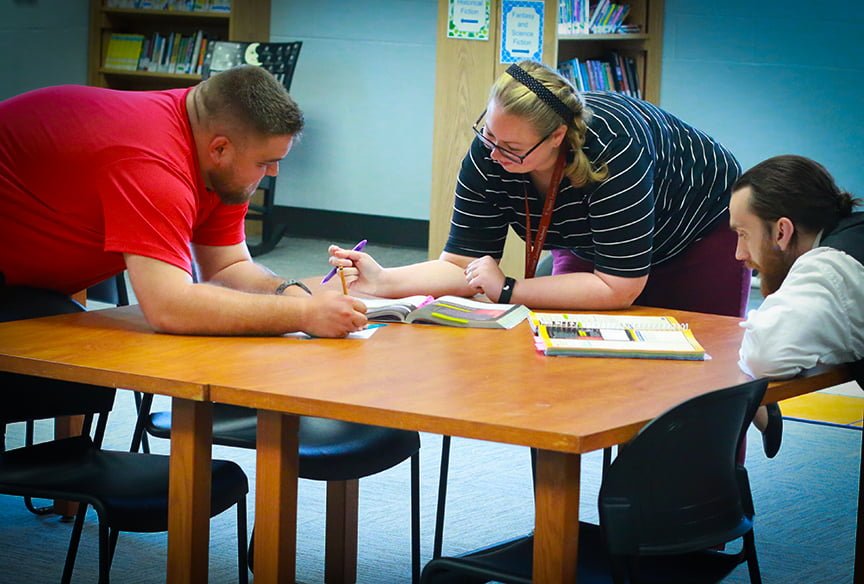 St. Leonard school isn’t your typical school. Not even as far as Catholic schools go. That is made evident from talking to three of the teachers. Caitlin Ousley, Aaron Dauenhauer, and Hunter Clemens officially teach different subjects to the older kids at St. Leonard, but they freely admit that helping each other is part of the job as well. Because St. Leonard is small, the school is able to provide one-on-one and personalized learning. This allows the teachers to bond with their students and creates relationships that last, but it also makes it necessary for the teachers to chip in wherever they are needed. As they describe it, they all wear many different hats.

Their goal was to actively engage students in community outreach. Recently teachers realized that the usual fundraisers and clothing drives kept the students at a distance from the people they were helping. To change this they came up with a week of service projects, with the intent to provide the students with active opportunities to help. With a certain amount of freedom and a little guidance, the students broke into groups and designed their own service projects. They used the Catechism and the Bible, as well as other Church documents as references, and then they researched groups already doing the good work, before deciding on what their own should be. Then during a week of the school year, they went out into the community and accomplished their goals, while learning a great deal in the process.

Starting on the Tuesday after Easter, one group invited CrossRoads Ministry to come in and give a talk. The students were advised about the importance of interacting with people and having real conversations, rather than just trying to accomplish a goal of service. They also learned about the differences between justice, equality, and fairness. This talk helped set the stage for the projects to come.

Wednesday saw two of the groups set out on separate projects. One group partnered and volunteered with Water Step. This organization takes shoe donations, sorts them, and sells them to organizations who then resell them to people who need shoes. Water Step uses the money from the shoes to fund safe and accessible clean water in developing nations. The students hosted a shoe drive the previous month and collected over 800 shoes. On this day they sorted shoes at Water Step and helped to clear a backlog of donated shoes. They also learned about the technology Water Step uses to create clean water and the benefits of easily accessible water to communities.

Meanwhile, the other group walked to the VA and took a tour of the hospital. Too young to officially volunteer, the students made cards thanking the veterans for their service and spent time with the vets in the waiting areas, sharing popcorn and conversation. The veterans and hospital staff enjoyed their visit so much, that the students were asked to return in May for another visit. To end a busy Wednesday, during the afternoon, another group welcomed a parishioner from St. Frances of Rome who works with prisoners. She gave a talk about what it is like to work with prisoners, and the students made cards for some of the men in her Wednesday night group.
On Thursday students volunteered for the St. John Center for Homeless Men. With the help of another drive leading up to the day, the students collected plastic bags. They sorted through the bags to find usable ones and created plastic yarn or “plarn”, with the intention of making sleep mats out of the “plarn” for the homeless. The project proved too large for the time given, but they do plan to eventually make the mats. In addition to the mats, they baked about 470 cookies for homeless men.
Friday had two groups venturing out again. One group went to the Franciscan Kitchen, where they served over 570 lunches to people in need. They worked for much of the day, first helping to assemble and bake the pizzas, as well as setting up the tables, and then to serve the food and clean up after everyone ate. They were also able to spend time eating and talking with the people they served. At the same time, the other group volunteered with Brightside picking up trash along the roadway.

All of these service projects were eye-opening experiences for the students. The teachers note that although the students knew that people in need existed, they didn’t realize the scope until they actually saw it. They learned how much work service really is and how to engage with the community to serve it. Through all of the work, the students were also able to truly understand how fortunate they are to have what they have, no matter how little. 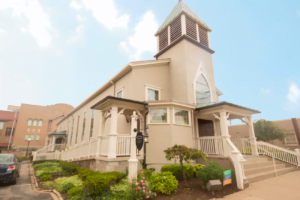 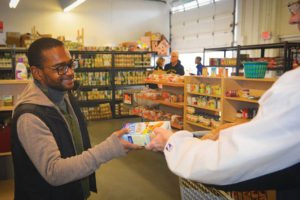 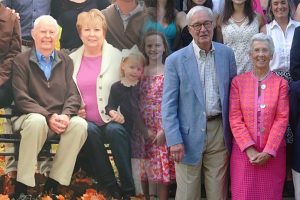