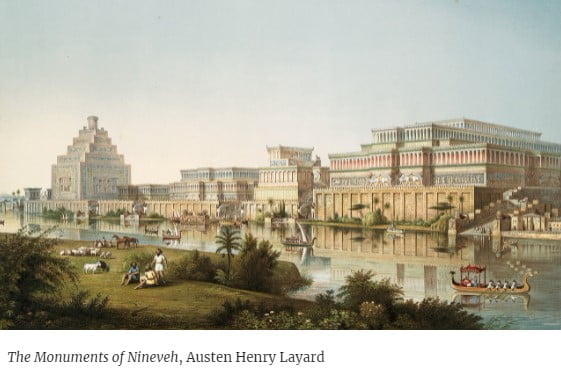 At weekday mass, we’ve been reading through the book of Jonah for the first reading. You know, the whale and … well mostly we remember the whale. But the whole purpose of the whale is to get Jonah to Nineveh when he runs the other direction, so he can tell the people there that God is about to smite them. So he ends up spewed out on the sand right in front of Nineveh and finally starts walking through the city, crying out his dire warning and now reeking of whale vomit. And right away the people repent. Big time! Which gives us this command from the king of Nineveh in Tuesday’s reading: “Neither man nor beast, neither cattle nor sheep, shall taste anything; they shall not eat, nor shall they drink water. Man and beast shall be covered with sackcloth. and call loudly to God.” Ok, so I get the people fasting, but what did the cows do wrong? It doesn’t make sense the way we tend to think of sin. Ours is a hyper-individualistic culture where we think in terms of individual responsibility. If I didn’t directly do it, I can’t be responsible. But throughout the scriptures we find times of societies sinning. Did every individual Israelite offend God? Most likely not. But they end up in exile in Babylon anyway because they are a part of a society that broke its covenant with God. Individual acts of sin built up structures that harmed people and turned them away from God. Pope Francis lamented this way of sinning after the release this week of a report on the abuse crisis in the church in France. It is behind things like structural racism and poverty. So did the poor cows personally offend God? No, but they’re still not getting dinner.

134th Anniversary of the Dedication of St Frances of Rome Church 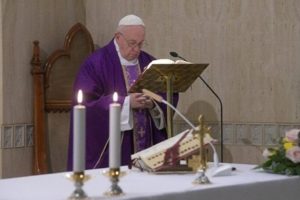 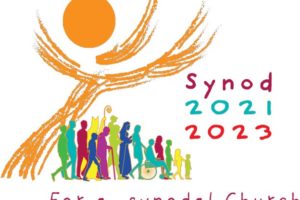 Not a New Church But a Different Church 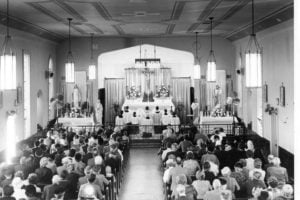 134th Anniversary of the Dedication of St Frances of Rome Church