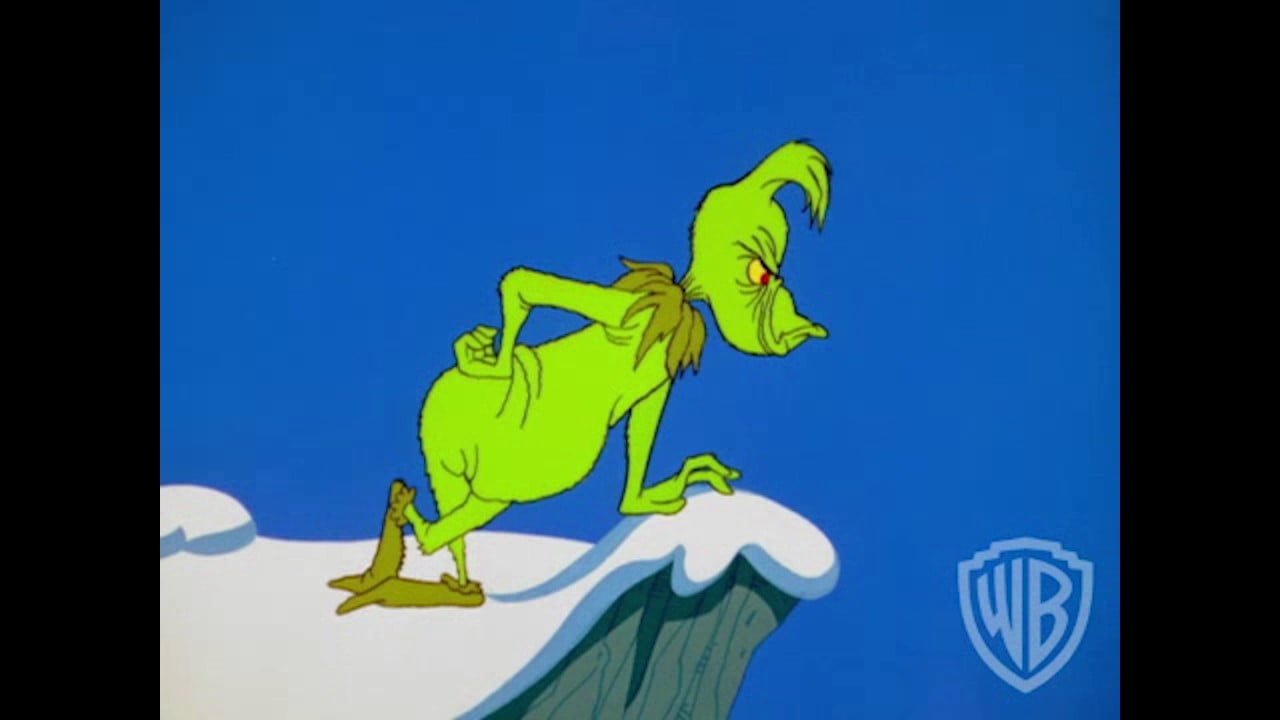 Much like the Babylonian god Enlil who destroyed the world in a flood because humans were just too noisy, we are led to believe that what the Grinch hates about Christmas is all the badooka banging. After all, he’s put up with it for 53 years now. Is he 53 years old? Did he move there 53 years ago? Such matters do not seem to concern our scribe, the great Dr. Seuss. Only that he has put up with Christmas for more than half a century. And that all those presents are noisy. And so in an economical half hour of animation (ignoring the live action movie that blasphemes my childhood), the Grinch sets about getting rid of Christmas by getting rid of the stuff.

But is it really the noise interrupting his solitude that has gotten to him? Because he seems even more upset by the next step in the Whos’ celebration – and that is when they get quiet. The feast of Who Pudding and Roast Beast. He can’t stand that in the least, after all. Could it be that his small heart knows from the beginning it’s not about the stuff? Could it be that he knows what it’s truly about, and he sees himself cut off from that.

After all the Whos sing about it every year: “Welcome Christmas while we stand, heart to heart and hand in hand.”

And that’s the part that hurts about this year. We know it’s not about the stuff. Not about the pink candle on the wreath, or the star on the tree. Not about the chocolate coins from St. Nick or the packages in shiny paper. We’ve been taught that by the Whos since at least 1966. And besides UPS would be happy to see that we get all the stuff that we want without leaving our Who Houses, contactless and free delivery.

It’s the hand in hand part.

But I remember thinking even when I was a wee small child, what about the people who don’t have hands? (I probably thought that because Cindy Lou Who doesn’t appear to have feet and dangles between two relatives during the Who Christmas Song.) And that’s where what we’re waiting for comes in. That God who becomes flesh to join all of us who are flesh to each other.

Both Jesus and the prophets use that image of a feast to paint a picture of that day at the end of days when God takes away all that divides us. Even death itself. It is a feast that began in the life of Jesus himself and continues whenever we join together in his name. Whether we can join hands or not. And given the way that Covid cases are soaring, we would probably best celebrate this year by not joining hands with anybody we don’t live with.

But heart to heart? That joining has always been in other hands than ours. And the One who joins hearts will make it true this year as every year. So the Whos were right after all, and so was Dr. Seuss.

“Christmas day will always be, just as long as we have we.”